This is the latest official patch for Sid Meier's Alpha Centauri, better known as the Windows 2000/XP Compatibility Update. If you have the Alien Crossfire expansion pack, make sure you update that to v2.0 first before applying this update, as the expansion's patch also appears to include the previous (v4.0) patch for vanilla Alpha Centauri.

This update is only needed for Alpha Centauri owners who have Windows 2000 or XP and are having problems getting the game to run OR if you play multiplayer games with other players who have installed this patch.

If you are not having problems running Alpha Centauri on your PC and you do not play multiplayer games with other players who have installed this patch, you should not install the patch.

Undocumented changes according to CivFanatics.com:

1. Allows Yang and Morgan to have Golden Age pop booms.
2. Fixes facility maintenance costs at higher difficulty levels.
3. Fixes problems with using the command DirectDraw=0 in Alpha Centauri.ini.
4. Removes the requirement to have the CD in the drive when playing. 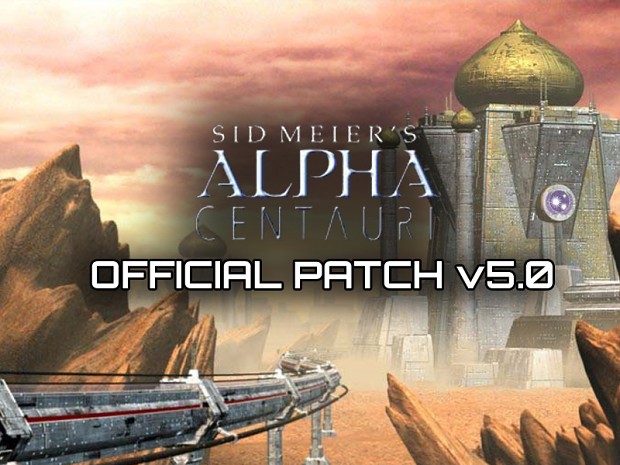