For Mount and Blade: Warband 1.143, 1.153 and 1.154. Based on "A Song of Ice and Fire" by George R. R. Martin. Just overwrite the files in your current ACOK 1.0 folder with the ones you downloaded. This hotfix fixes the following issues: Some items had the wrong weight. Some quests had loops that would cause them to be un-completeable. There was an issue with clicking on locations, on the map. Fixed. Ramsay Snow should now be armed when you fight him. 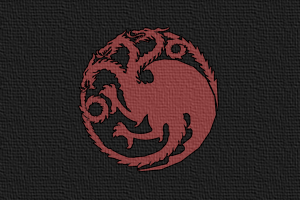 First bad thing i noticed is that everything is blurry, especially the text, it's unplayable like that.

Second, your mod crashed my system. This has never ever happened with any WB mods, and i have played them by the hundreds.

Thats problem with your ****** computer,not the mod.

Yeah right it's my "****** computer" that is better then most other systems here on ModDB, cool story :)

Have you got the right version? Crashes like that usually happen when you have the wrong M&B version. Second, text is fine for me, and most other people, but the font is quite small, so maybe its the resolution? And lastly, if you have the correct M&B version, you might need to redownload the mod. Other than that, I have no clue, maybe something is corrupt, or its just incompatible with your hardware

Yes my M&B version is correct, i re-downloaded it over steam, i also downloaded this mod again, and it's the same.

My hardware is not the problem, i have been playing hundreds of mods over the last few years without a single problem.

Thanks for trying to help anyway ^^

I have the same thing going on Sanguinis, although only every five or six hours, so not a big enough deal for me to wortry. No blurry text though

Try turning all your settings on low and see if it still crashes. If it doesn't find out what setting is making it crash

Coincidentally, 5 is also his IQ.

Heh, I get this problem when my Res is on 800 X 600 On anything else i can see the text, and yeah, the small text is extremely annoying might go and fix it :D

Register your game in the talewords forum and ask in the asoif mod thread there.

Some people had errors similar to that one you're experiencing and even though they stated they owned the game etc. it turned out they had a pirated version...

Also make sure you set the game language to English.

Dude i have the game on steam along with Napoleonic Wars...i'd know if i pirated the game or not t_t

Sanguinius I had the same problem once, it usually crashed whenever there were a lot of people in one battle. I lowered the graphics and everything and made the performance above 140%. Try lowering your graphics. Hopes this helps

did you adjust the resolution? it was blurry at first for me too. also there are some fairly major crashbugs, just wait for some fixes

I hope to fix that cause i love this mod.

and my game still crashes some... It's not cause your computer sucks, the mod just seems a bit unstable to me.. But Cozur did a good job, keep it up..

increase ur vitrial memory i did that and there are no more crashes!!
(sry for my bad English not my lang after all)

The mod works fine if you know how to install and do it right. :p

Has the tournament bug where it spawns you without weapons been fixed?

It does that when your str isn't high enough, the str needed for some weapons is 12 and 13, meanign if it's lower then you won't get an item, an easy fix would be to also give people a dagger something as a sidearm, Prophesy of Pendor Mod did that, and it worked great.

I get the runtime error a lot, any solution to this?

So I keep crashing, have tried a few things, I enter "cheatmenu" in the console, and everything works, so I'm looking through all the items, and when I'm on the 0 to 96 range and scroll down a bit, I crash...
Any fix for this?

Missing bridge near Kings landing connecting stormlands with that area,

Lastly I got stuck in ship mode, unable to switch back to horse, keep getting '34 consequences red error strings'

I have the woman w/ mans head with Olenna Tyrell as well. For the boat bit, I've not had that with 1.0, but in previous versions you were able to just camp and it'd stop being a boat

I keep crashing when I try to talk to Triarch Nyessos Vhassar. Is anyone having this problem?

I'm having the same issue..

indeed...
not helpful since he's besieging my cities with a 500+ army

Yup. I'm trying to find some way for another NPC army to kill him so I don't have to deal with him.

Prison breaks no longer work as they're supposed too, the prisoners think you're there for casual reasons and won't leave.

ive rescued several people, however there is a prison door option mission from faircastle and i believe sharp point.

Sometimes the door isnt where the door texture is eg in Dragonstone. Just look around the prison guard and there might be an option?

is there a way to view the troop tree ?, thanks.

There is, if're only interested in the names and stats but not the pictures. Use the Troop Tree Generator, which you should be able to find easily on the taleworlds forums (bit of a hint: follow the first link google gives you as a search result). I was quite surprised to find that the North has 3 (three!) tiers of pikemen with a decent melee troop showing up no earlier than tier 5. I hope this gets balanced, or something. Polearms are not what AI is particularly good at.