DarkPlaces is a Quake modification I have built over the course of 6 years on and off experimenting, it got somewhat of an overhaul when the Quake engine source code was released, and I began developing a custom OpenGL-only engine for it and other mods, which supports Windows WGL and Linux GLX, and has greatly improved graphics and image quality. It can not easily be described, as it is simply an improved Quake, not a total conversion (yet, anyway). The realism of shell casings falling to the floor, much improved bullet impacts, 32bit color alpha blended explosions, blood flying everywhere and sticking to the walls... Behind the scenes the code has changed a great deal, I was not content with the original QuakeC code, and I have greatly changed the engine while maintaining compatibility with normal quake modifications. LordHavoc 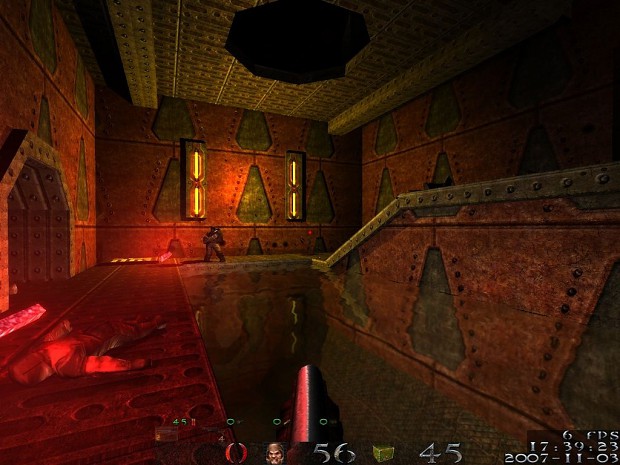