The main hero (Jack Whyton) is a prisoner, who escaped from prison together with others. But on the second day their hideout was already attacked by cops. Jack managed to escape from the police. But he didn’t know that he is the subject of a very dangerous experiment and that some kind of Xen creature was implanted into his body. If a human will be able to control it then he would be gifted with special abilities, if not – then he’ll turn into a monster… The game takes place in City 14 approximately the same time as when the original HL2 did. City 14 is part of a network of four cities connected together, which create an industrial sector of the combine. The cities are City 13, City 14, City 16 and City 17. Recently the entrance to City 16 was closed because the city itself became very dangerous. Until that time it was isolated from other cities, but after the incident at the combine base in City 13 the combine forcefields were disabled. 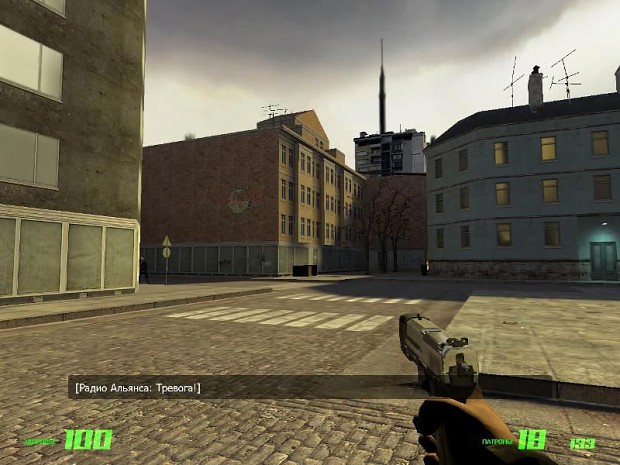 Please fix this when possible (as the mod's unplayable without certain files like the one above), if I find anymore errors then I'll tell you. I'll test drive this mod when I fix it myself if I can and then I'll make a gaming series crediting you on my YouTube Channel :)

btw Sorry, but the mod's now saying after I fixed the previous error myself, could not load library client.

i cant find the backround for r&d

I'v been playing this when i was younger, not a bad mod, but nowdays i cant run in using steam verion.

Can't be played these days due to some erorrs. Sorry to hear that, never tried before.