This is for those who want Vivec to look like an NPC but still want him to be a Creature, who cant be persuaded and can still have his Soul Trapped. This is a Straight up Mesh and Texture replacer, no Esps involved. Now included in the Download is a folder containing optional extras should you so choose to use them. These include Vivecs Armour/Clothes lootable from his corpse and an alternate texture making Vivec look older. New: Now includes an option for a face based on the concept art for Vivec by Westly and versions with a Particle effect flame emanating from Vivec's head. Also an updated body texture. I have also corrected a very minor problem with the UVW mapping on the right pauldron of both the creature mesh and the armour mesh. 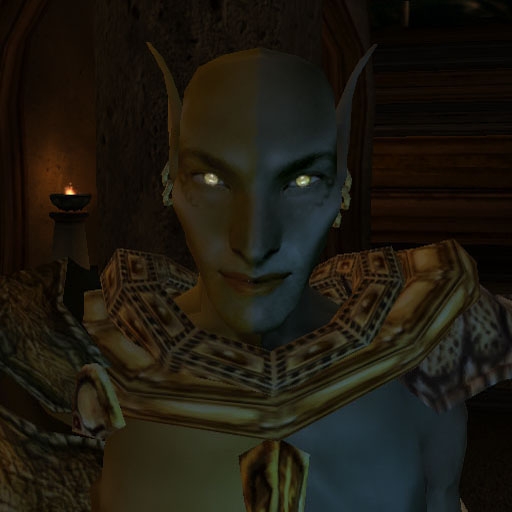