This map is based on the popular Civ scenario, tweaked in many details to allow all of the newly placed nations equal chances to thrive - even when controlled by an AI! ~~~ While Romans and Celts battle over a less crowded Europe, Vikings invade from the north and Native Americans expand their borders in north America from a more fertile California. Huayna Capac actually conquers the Jungle (unless the Zulu beat him to it) and Japan, Khmer and Australia fight over rich fishing grounds in the Philippines. ~~~ Enjoy this classic map, with new twists and many new Leaders from BTS. Your Civilization awaits! -Vio 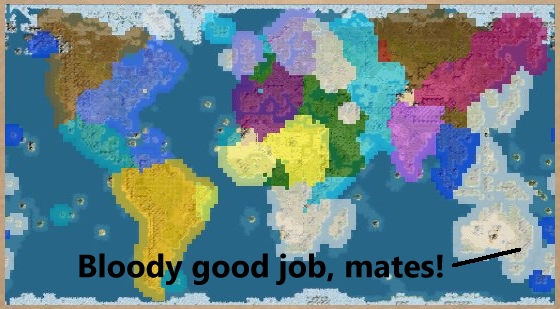 I still don't know why people can not map a custom game version of earth, they always seem to be scenarios :(

Unless you remove every civilization to random places XD