There it is. My XXL map pack. Containing 28 maps specifically made for Tiberium Essence for you to enjoy. This mappack also includes some T9 maps (See description). Feel free to leave your comments on the maps. I will make sure to read them. Have fun playing!

How to install: unpack the zip into your CnC map foulder. Should be somewhere under C/Users/Username/Appdata/Roaming/CommandandConquer3/Maps

If you downloaded any of my previous mappacks make sure to overwrite the old maps. 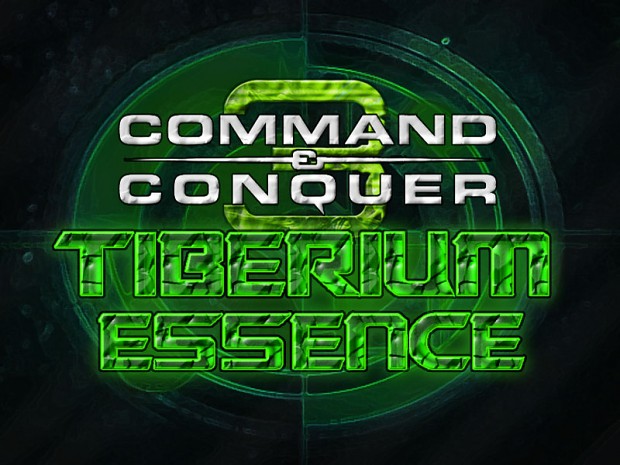 How can you live with yourself?!! ;D

But yeah, the maps are so far, so good.

Personally, I'd like a few 'Fortress' maps, with prefab's (optional), and no T9.

I feel those of us that prefer 'Turtle' style game-play, don't get enough maps to work with.

For now, that's it. Thank you.

They are not :o ^^
Well I guess I will have to live with this shame for the rest of my life now ^^

Thnx :)
Yeah the T9 was a bit of an experiment, that's why I only included it on a few maps, but I thought might as well add those :D

Well many of the maps provided in this map-pack actually do favor turteling. I like doing this myself, however I always strive to create maps than can work in many different ways for different kinds of strategies.

*scoffs* As well you should! *snickers*.

I'll leave the choice of whether to include 'T9' up to you.

Though making it a challenge to acquire, rather than a simple 'capture', would be nice.

Yes, they do, but I'd like a few grand (8-player, yet 4-player) maps, like "Temple Prime", with no superweapons.

And, a few (relatively) smaller, (4-player, yet 2-player) maps, with lots of 'nooks and crannies', supporting 'tactical' stealth gameplay (with limited 'growth-rate' resources, to reinforce, the said gameplay type).

These maps, are rather complex and require a lot of work to balance, both topographically & gameplay-wise, thus 2-4 detailed ones would do (with prefab's, on smaller ones, if possible).

I'd make them myself, (or at least try) but I'm rather busy, and an utter amateur, when it comes to scripting, & balancing, said maps, unlike you, evidently.

I hope you consider it, in due time. And, thank you.

I've noticed that the 'A.I', simply stops attacking, if the few starting attacks do not 'pay off', and then simply sits there waiting to be defeated. Even on 'hard' or 'brutal', & it happens more often with alternative 'non-balanced' 'A.I'.

On every map, not just yours. Why is that?

Giant fortress maps can turn into giant slugfests and sometimes drag the game out into infinity and I am not a huge fan of that, but I know where u come from ^^

I am not really good at scripting myself. Actually my T9 maps are the most I haveam ever scripted. And as for balancing the maps. I usually have an Idea what the, map should look like and play like and then start building. At first it failed a lot and maps got boring/unplayable. But experience heöps :)

To the additional note: Most of the time the enemy quickly burns through his available ressources and the AI seldom expands his base further than 2 or 3 expansions. So on huge maps the AI is kind of overwhelmed by the possibilities. But I am no scripter/programmer so I dont know why exactly this is the case or how to fix it.
Also try Electromagnetic vs Brutal while turteling in the base area, he wont stop attacking trust me ^^

Then why not simply limit the number of resource nodes, and their growth rate, and make them infinite (i.e never run out, if possible), only manipulating the said growth-rate (or resource value), in relation to the balance, of the map?

Then you can utilize the rest of the said map for complexity & intrigue.

Keeping the gameplay interesting, through most, if not all of the game.

As to my point concerning A.I, one solution would be to create secondary economy structures,
or to make the neutral ones (fulfilling the same role) abundant (or at least abundant enough,
to maintain the A.I, while, at the same time keeping it 'interesting', by 'delicate' resource balancing).

Well those are all good thoughts. But it really does not work that well when executed. Sadly. The AI problem with big maps remains. It just cant handle maps that are too big/convoluted.

To the neutral building thing. Adding Tib spikes does not limit the enemies refinery building. So he will still waste money and space on refs. And balancing with tibspikes is, really hard. The AI usually goes beserk and way overboard with unit production once there are to many spikes.

The main problem here is that the game was not really meant to be played in hour long battles on giant maps as epic as that might be. Therefore the AI just does not seem to be optimized for games lasting longer than say 45mins. Around theich 20min mark the AI will no longer change tactics and always try the same things.

Such games would be possible with human players though :D

I posted a link to the discord under the last TE update. Check that to connect with some players :D new members are always welcome!

Why not leave multiple fields very close for AI so they'll have high resource rates even with limited refinery and expansion count?

Thats about the same as doubling or trippeling the regrowth rate of one single fields or two fields, which I did in most of my maps. Then on the other hand you don't want the AI to have to much money or else it will just steamroll you pretty hard ^^

Note that after the recent 2.0 Alpha update many of the maps included in this package do no longer work/and or have mising textures and objects.

I am not planning on reworking all of the maps for now, as some are impossible to recreate/rework without some of the missing objects.

Here is hoping those issues will sort themselfs out in a 2.1. Beta.