This is a map that was created in 2003 as "E4M1: First Gate" for the project "The Ninth Gate". However, as that project remained incomplete, this map was never released. Now that the maps from the project are being released individually, you can now play what would have opened that episode, retitled as "The Hazard Variation"! I actually made another E4M1 back in 2001 for the project but as that was too primitive, it was discarded and replaced with this. I am eventually planning to release an updated version of that map as well. This present map is one that I am really proud of. I think it turned out nicely in both the looks as well as gameplay department. It's quite an easy map as it was supposed to be the first level in an episode. Still, I think the pacing of the level is good and I hope you'll have fun playing it! Interesting bit of trivia: this WAD file's size is 666 KB. 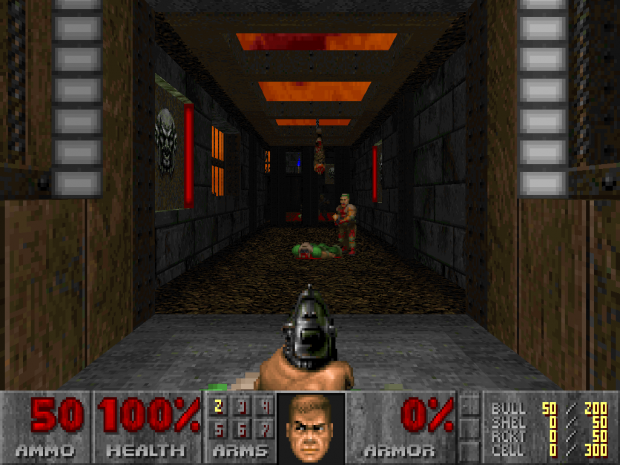