This mod adds a quest to the game involving the ruins of 'The Battlespire' (from 'An Elder Scrolls Legend: Battlespire') Investigating a Mages Guild excavation of the ruins that have appeared in Cyrodil, you will be brought into the shattered remains of the Battlespire Realm, where you must prevent a renegade mage, and his army of Silver Atronachs, from empowering the Battlespire, ascending to godhood, and threatening the fabric of all creation. Prepare to enter a surreal world of platformer-puzzles and the impossible odds of fierce sword and sorcery combat against the silver army. But will you stand alone? And are the Battlemages all lost? 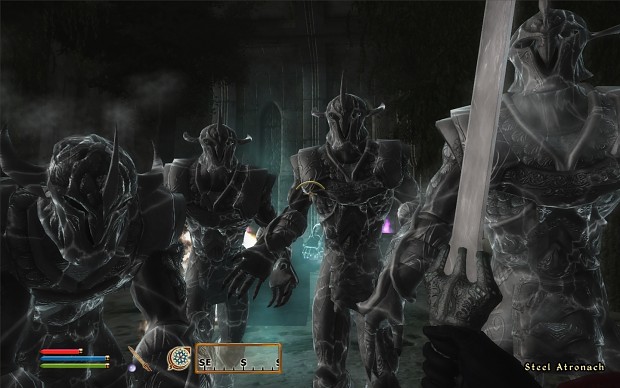 I am glad to see there are people still working on Oblivion :) It is a great game !

How do u kill the undead scamp?