It has been a few weeks since the end of the most recent Borg conflict, with hundreds of starships destroyed, and a huge political shakeup in the Romulan Star Empire, where much of the fighting took place. Seven years since their defeat at the hand of USS Enterprise-E's Alex Munro, the rogue Romulan political group known as the "Empty Crown" has used the conflict to cover their power gathering attempts. Their first major strike is Attrexia, the homeworld of the Attrexians, located near the neutral zone. As the nearest Federation starship, USS Odyssey-A has been ordered to fight off an orbiting warbird, and liberate the planet. You are a senior member of Odyssey's Hazard team, and you and your teammates must battle through the streets of Attrexia and protect the population from Romulan invasion. A full audio/visual mission briefing is located inside the .zip file. 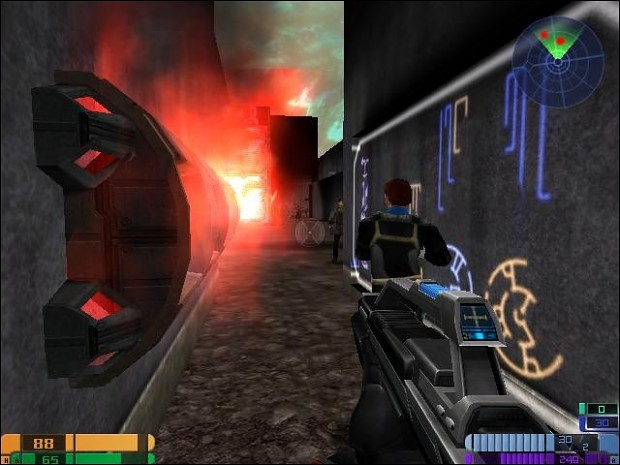