This is a map previously called Bomberfight from the site of bf-league.eu. It originally had 3 junker bombers vs 3 B17s. By demand of players I changed it into 1 B17 + 2 spitfires vs IDEM so that the battle is exactly even and you can chose between fighter and bomber action or both. I also increased view distance. this is my first modded map so be gentle but do not hesitate to make remarks for improving. This is a conquest map with 1 map in the middle and ticket bleed. HAVE FUN !!! 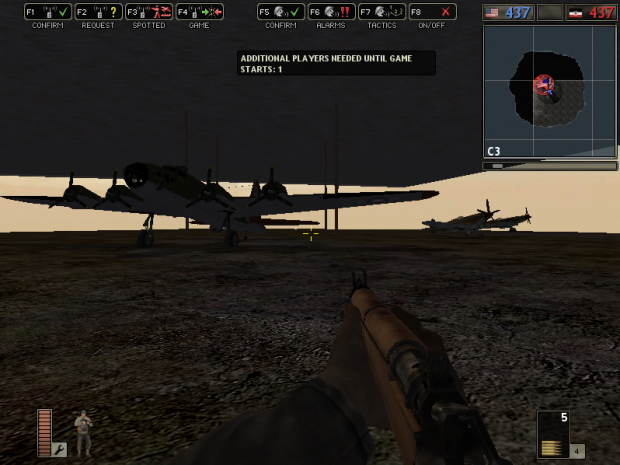