Here is the map and faction list i made for the mod. It is mostly accurate, but there are some settlements from early medieval period in the northern and eastern region, due to lack of historical sources from this time. The faction list have placeholder icons from total war attila, also the hyphen (-) sign after the some of the lord names means that it is not historically accurate and should be replaced if possible. This is obviously an early concept, but gives an idea how it should look like. 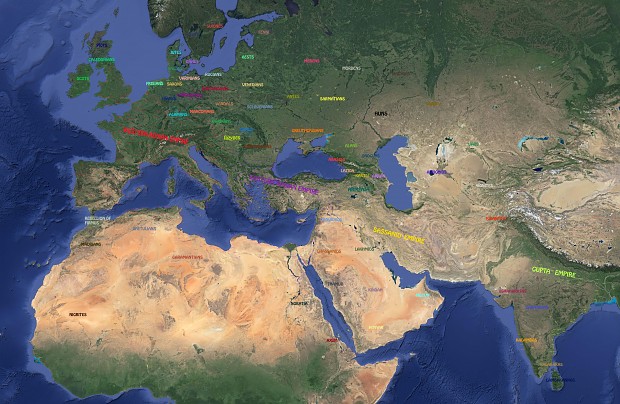