RESIDENT EVIL 4 / BIOHAZARD 4 TEXTURE PATCH 1.1 (PC VERSION) This texture patch is for patched or unpatched versions of the game and can be installed in european american or asian versions of the game. It contains upgraded textures for all the stages of the game included "separate ways" ("the another order"), "assignment ada" ("ada the spy") and "the mercenaries" minigames Now the Pc version of this game has Nintendo GameCube textures or better. I've ripped all the textures from the GC version but there still was some low-res textures. So, I created new textures, too. The screenshots are a small example of what you find when this patch is installed. This patch contains a few pmd files, too. I didn't put there by mistake. they are very important. KEEP THEM! and there are 3 ogg files too. I contains the GC barrel model made by Nacery, too

Resident Evil 4 High resolution EFF/TPL textures replacement pack 1.0 by Albert Marin Garau
Special Thanks to Voodooman -who let me know about texmod tool and its possibilities- and the Resident Evil 4 PC Forums members for their support

It seems this patch requires a lot of memory (i'm not sure, i'm not an expert in this kind of things...), so there will be the possibility of installing only

You'll have to run the game through the texmod tool in order to load the new textures. So, the installation is not permanent. If your computer can't handle this patch you can run the game as always (executing game.exe) and the default low-res textures will be loaded.

1. Extract the contents of the patch wherever you want

2. Now it's time to decide a few things:

The patch includes standard (but enhanced) aureola effect (that red/blue/green shinny thing around the item or treasure when you kill an enemy) and noise effect ala Silent Hill.

REMEMBER: If you change the configuration of action/run/command ashley/status screen/draw knife/draw gun in a different way of those 5 configurations the game will load standard low resolution fonts

3. Place the 3 exe files you will find in the "GAME.EXE files" folder in your resident evil 4 folder

4. Place the "xfile", "xscr" and "ss" folders in your resident evil 4 folder (overwriting the existing folders and files). Remember: this will uninstall buttons replacement packs (if you installed them previously)

7. Select a Definition file (they are inside the "TEXTURES" folder):

8. Press "Build" and wait (it may take a few minutes and it will seem as the program is not responding but you just wait). then save the tpf file wherever you want

10. "Target aplication": select one of the exe files included in the pack (if your game.exe is not a NO-DVD cracked version, this patch won't work, that's why i provided you 3 diferent game.exe versions. use the one you prefer)

11. load the tpl file you created previously (by clicking the folder icon)

13. the program will need a few seconds to load all the textures and then the game will start

14. Repeat steps 9 to 13 everytime you want to play with hi-res eff/tpl textures

7. "Target aplication": select one of the exe files included in the pack (if your game.exe is not a NO-DVD cracked version, this patch won't work, that's why i provided you 3 diferent game.exe versions. use the one you prefer)

8. Deactive all the boxes in the "Options" pannel. If you use the keyboard choose a key you won't use never in the game in the "Log with" box

9. "Output folder" wherever you want

10. "Deffile": Select a Definition file (they are inside the "TEXTURES" folder):

12. Repeat steps 6 to 11 everytime you want to play with hi-res eff/tpl textures 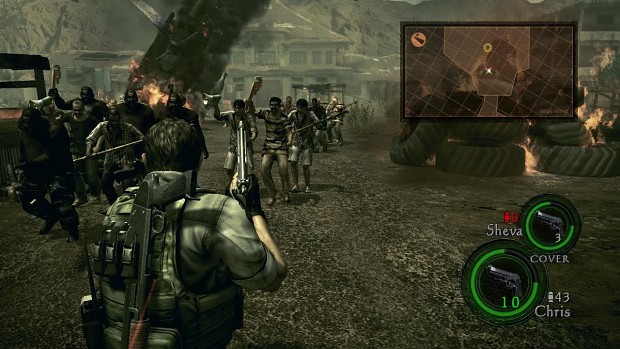