Command and Conquer Generals Zero Hour, Rise of the Reds, USA Mission 2 After defeating the Russians and preventing a chemical war, some of our operatives located a chinese mining facility. We lost contact a short time later and sent in the airforce to destroy the facility. We soon learned the chinese were ready with their AA flak cannons. Your team is being inserted by boat and your objective is to destroy the flak cannons to clear the way for air support. Be advised we have been picking chatter on the radios that is not chinese, may be linked to another faction. 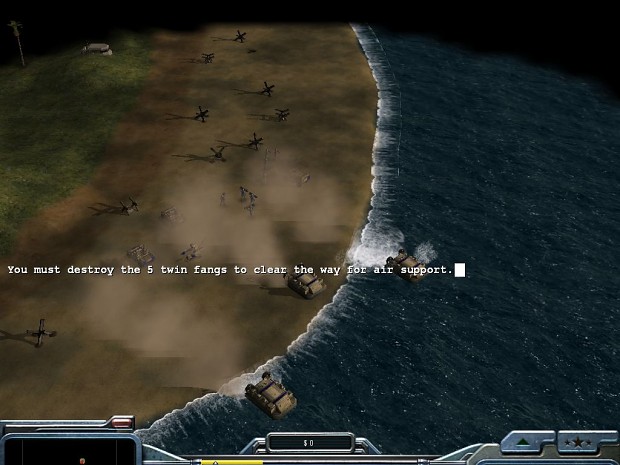 Command and conquer mods and addons Other with 2 members
Tags