I'm releasing this map after it has been exclusive for vistic couple of months. I wanted to make a map in one day. I ended up finishing the map in 12 hours or less. Designing the map, mapping it and scripting it are all included in this 12 hours, still I wanted to make some traps and paths that are a bit unusual. The map is placed in a small alley and buildings around it. There are 10 traps + 1 endroom with 3 weapon options. Don't be too harsh commentating about the map :S 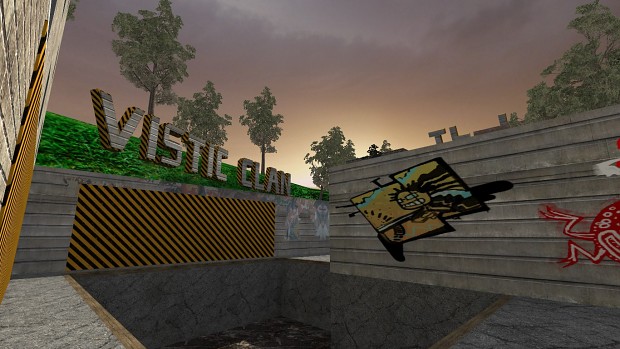 I like this map, short and good. The moving stairs is a bit buggy imo, whenever I jump on it it spazzes out. Other than that good map 8/10!

Best way to approach these stairs is by walking ;)