Duke has been called in by the military because the Aliens have taken over their new low orbit Skybase. The Aliens are so pissed off that duke keeps on beating them that they construct two laboratory worlds- KOVEGAN and PARADYNE to test his inteligence and formulate a plan to finally defeat him for good. While Duke is busy destroying these places and kicking some serious ass, the aliens steal Skybase to prevent Earth using it against them. When Duke returns to our solar system he finds that the aliens have created a new advanced and replicated Skybase which is now heading to Earth from around the dark side of the moon <On a mission of total annihilation>. The Aliens are now set to unleash their diabolical plan -Win by attrition- they now have OVER 100 frozen warriors to defrost if needed. The only thing between them and our destruction is Duke himself, lets pray we wake up tomorrow.

You can extract just the maps and play them separately through setup
but you won't have the extra health or beefed up guns. Expander is the
most dangerous gun, taking 50% health with each hit. You start with
250% health and can build it up to 500%. Heaps of Health, Guns and Ammo,
but it is still easy to get killed. Your enemy has the same advantages.

If you use a GREEN NUKE BUTTON you may end up anywhere.
No other ones that disrupt game play that I can think of. 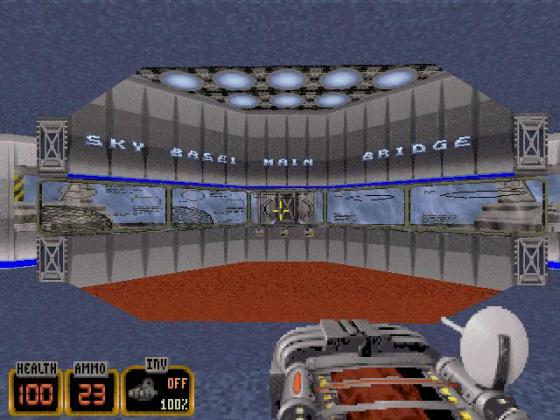