This map is for 6 players (3vs3) MBT is literally means "Main Battle Tank" so in this map, you must use only battle tanks as a combat unit here. since most of items in this map are locked, including the top secret protocol. as the top secret protocol there are only for upgrades for tanks. each players started with four ore nodes, provided with six oil derricks and one garage for each players. the condition is pretty similar to "No Match for The Guardian" from the one of Commander's Challenge from Uprising but this one is you must use only tanks purely to attack the base , no other units can be used and also no turrets allowed in this map too. By the Way there are many players and it doesn't need to beat in par time like Uprising do. Enjoy the Tank Battle Challenge in this map. *Notes* -This map was created by myself. 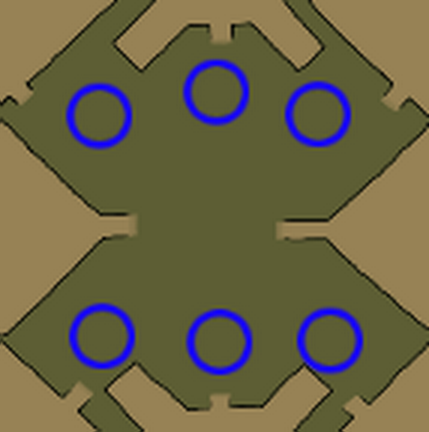