Of the three maps that I have publicly released, this is the latest, and by far the best. I hope you have fun with it. In my opinion this is more fun to play with real people rather than bots, but nevertheless, I have included bot routing. This was originally released on JK3files in March 2011 (a year ago now) so I thought I would upload it here on ModDB too, to "celebrate" the one year anniversary of the map's existence.

Made by: TK-962
Email: porkinspullup@gmail.com
Filename: korriban_holdout.pk3
Date Released: March 8, 2011I
Installation: Put the .pk3 file in your LucasArts/GameData/base folder
Credits: I hereby salute Wilford Brimley's moustache for giving me something to laugh at when I am bored.

Description: This is a little project of mine that I decided to release. I would consider this my first "real" map, as all my others were not very professional looking. It is a small-moderate size FFA and team FFA that has plenty of secrets, including cracked walls and a few other secret passages. It is supposed to take place in an abandoned korriban fortress or something, hence the name "Korriban Holdout."

Comments: In my opinion this is more fun to play with real people rather than bots, but nevertheless, I have included bot routing. I'm actually not done with this map, and I will soon add a lot more rooms and release it again as an update. 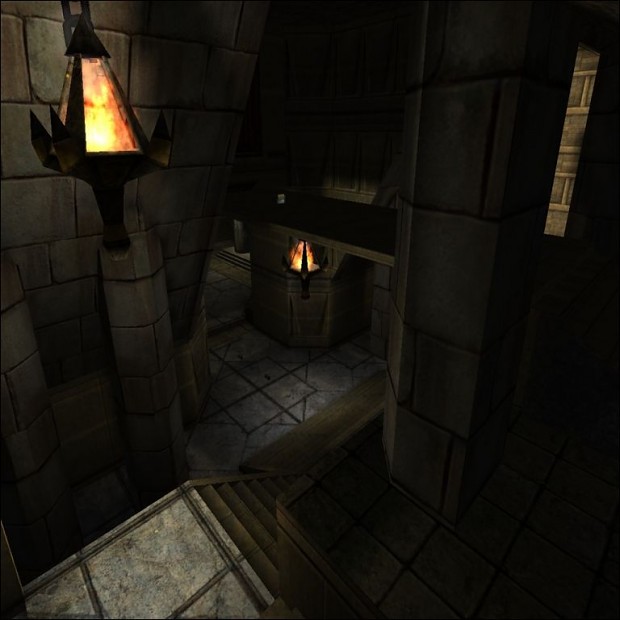