"The whitecoats decided to look to the supernatural for experiments, they followed parallax lines around the globe, which they knew, converged to form parallax points (ancient civilisations built temples on these points believing them to be the nexus of power). One such temple became the base of operations for a few experiments...." This map is built entirely from the sdk packages, it took a while to put together, I added some frustrations, and a couple of surprises, all of which can be worked around , hopefully built upon what I learned from the earlier maps, and, HOPEFULLY, made this fun.....enjoy 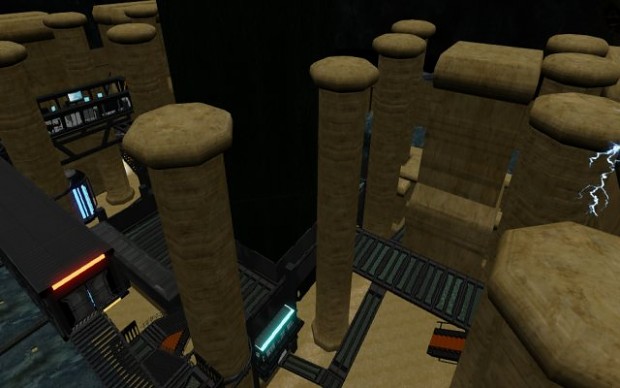