When Tchernobog was defeated in the Hall of Epiphany, He was forced to return to His own realm. The power and rage released by Caleb while fighting the Dreaming god was partly absorbed, and had allowed Tchernobog to lay dormant gathering energy to follow on with His plan to open the Gateway- the connection between the realms of the living and the damned. Would Caleb be able to stop the revived Daemon Tchernobog? Contains a total of 3 episodes. 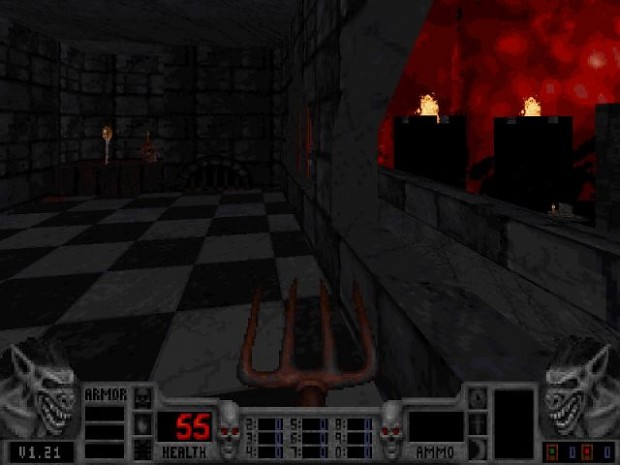 Whenever I try to launch the game in Windows 7, it gives me the following error:

C:\Windows\system32\cmd.exe
This system does not support fullscreen mode. Choose 'Close' to terminate the application.

Any advice on how to deal with this?

It now just launch at all, just quickly opens the cmd window and immediately closes it again. This after I placed the batch file in the same directory as the level files.

Can this be played in BloodGDX ? If so, how?