The Grand Hall of the Guild was built in the middle of the flatlands. With high walls and over-looking buildings, anyone coming to the Hall would be greeted before they ask if anyone was around. The Guild of the Arch has built several halls, with the Grand Hall as the home of the Council. Future plans were to build the Grand Hall into a great city, with arches, towering building, and hospitality. However, it was abandoned for some strange reason. Will you be the new residence of this "Small Town"?

Off note - The map is probly best for Multiplayer, unless you deside to populate it with Testificates, but its pretty boring that way. If done on multiplayer, the original buildings should be left standing, cause its the original construction. If you want to improve the arch-way gate, go ahead. Take down the wall, if wanting, and expand, see how big of a city can you make. If you liked it, comment. 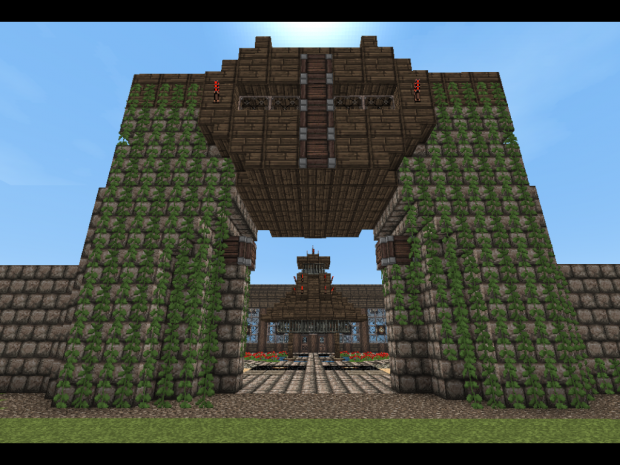 Those textures... they look great! The structure reminds me of some asian ****:3

It's johnsmith's texture pack, monkeyfarm(from youtube) uses that texture pack on his let's play and he has a tutorial for that too.