Rotor Head and King of the Squirrels of MoonGamers

The first release in the Battle Zeppelin Map Series.In Grand Theft Zeppelin Axis forces are near completion of a new super weapon, the Battle Zeppelin 900! ALLIES: Capture the secret axis base where the battle zeppelin is being built. AXIS: Defend the base at all costs! Edit: Currently intended for Multiplayer Conquest mode only.

2. Unzip and place Grand Theft Zeppelin.rfa into your BF1942 maps folder. The path will look similar to this: C:\Program Files (x86)\EA GAMES\Battlefield 1942\Mods\bf1942\Archives\bf1942\levels

Credits: Rotor Head, King of the Squirrels, Dnamro, Professor Smith. In addition to the BF1918 team. 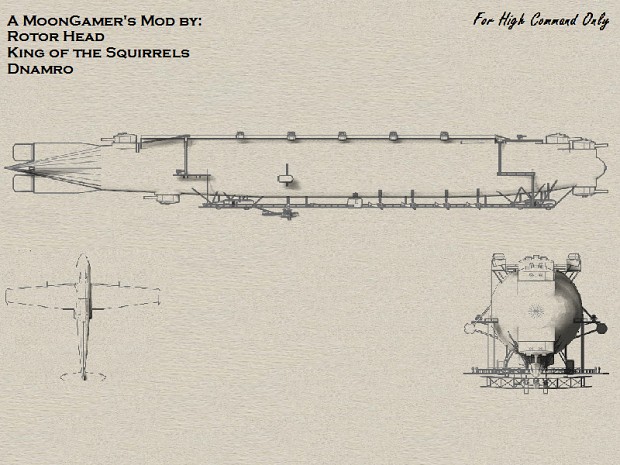 Awesome. Enjoy the teaser map. Beware of what is coming is addictive and unique gaming for Battlefield 1942. A whole new series of adventures are near completion coming. Enjoy

Please ensure that you are playing the map in Multiplayer Conquest mode.