The transformation is similar to how werewolves transform at the full moon. Originally in the series, the Great Ape was a transformation for Goku, this character being a parody of a monkey king Sun Wukong from the novel Journey to the West. Later in the series, Great Ape is discovered to be a transformation that is accessible to the characters who possess heritage from the Saiyans. The original Japanese name literally translates to "great ape", "giant ape", "king ape", or "large monkey". FUNimation Entertainment labels this form "Great Ape", but it is more monkey-like because of its tail. 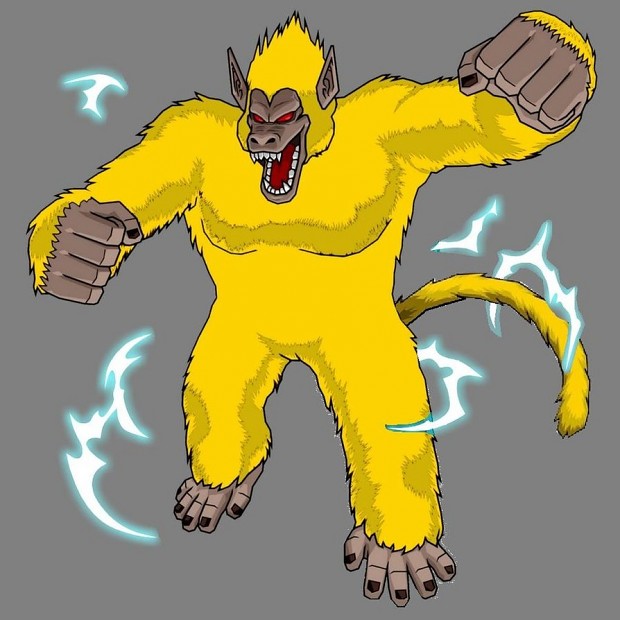 i will use this to a transformation of goku bam!