This is a model of a supposed Guild Wars character...named Emperor Kisu...I cant speak from personal experience as I only play the first Guild Wars..and even that is a rarity...but it was requested by Pasha..and caught my attention..Over all I think I did a fair representation of him...the face isn't quite right...and I cant say that the eye color would be accurate...but i couldnt really tell what color his eyes were...so I guesstimated...as for the clothing..its all photosourced from reference images and i think it turned out well...i wasn't really wanting to sit there and try to skin those tiny little patterns on as many as there are and as little time as I can often devote to this work it would have taken forever...but its not a bad photosource...not as bad as some turn out. 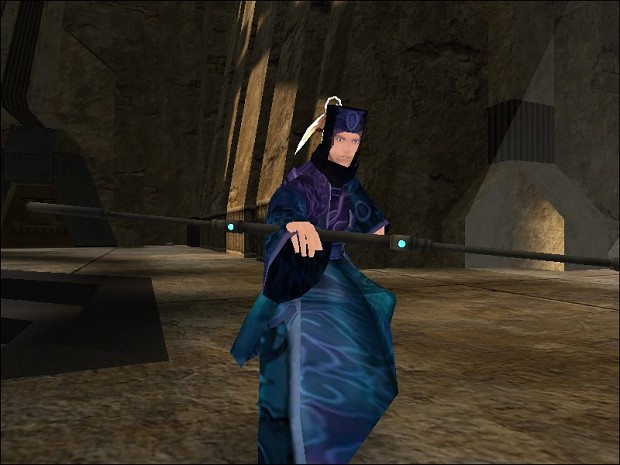