Worldbuilder -- The most frustrating software you'll ever lose work to.

V. 0.91 by delsols -5player skirmish map- (spoiler) A few Rohan troops can be built. I find the Rohan archers are handy on the upper wall. There are many places throughout the city level and bare enough to build structures (like farms) and a main area for building base structures. Defensive nodes are few but ranged defenders excel here and I've scripted population 1200 after a research. Still learning scripts, I'd like to add AI for the base in case people play the other four starting positions but sunday is upon me and its back to work this week so I'm uploading as is. *~* 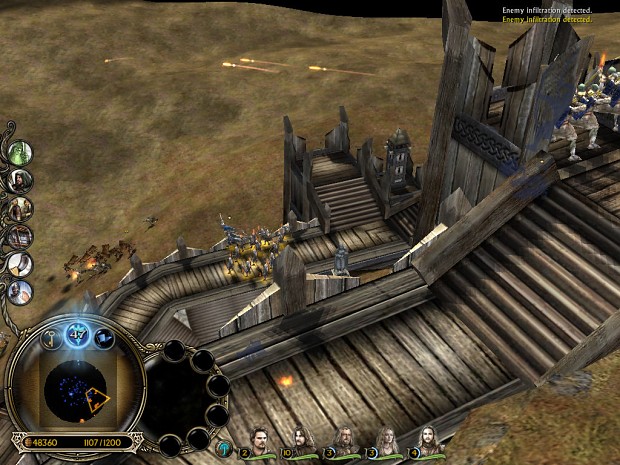