An advanced version of the DOOM 4 weapon pack created by The DooM Marine. This one sports Modifications -and a few tweaks- for almost all weapons (flamethrower, revenant launcher, and pistol excluded). This includes; Repeater auto fire and magnum shot, SSG with phosphorous dragonbreath rounds and 4-bore rounds, Chaingun with two different type of running spin attack (normal and triple), Rocketlauncher with swarmer and confligration missile, Plasma rifle with electroball and energy beam, Gauss with bomb and railgun shot, and finally BFG with gravity bolt and Energy beam, The Upgrade drone also replaces every backpack, but when holding pistol will, give out the backpack item, Also The Baron morph has been tweaked: Try using kick, taunt, salute, and grenade buttons. Update; Vortex Rifle added (has altfire at start, upgrades affect main firemode), Rocketlauncher was lonely so i added a new weapon for rocket ammo called the Eversor (its sprite is a place holder) 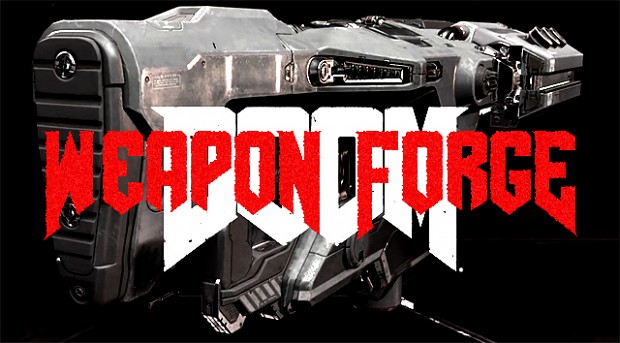 - obsolete, test 2 D4 is already out
- baron rune, choose to fire one baron ball or three at once, looks three at once is better decison but u still can choose just one
- also nothing new, dont expect there is fix for morphing armor
- Repeater secondary fire after upgrade climb somewhere up up up to the sky and dont reset back
+ more upgrades :O

I think he has plans to update everything and maybe add some more so dont worry :o and i think its pretty good!

To be honest there's a few things im not sure i can
(foremost i can't fix that there's a new update out <_>)
and i don't think i have the knowledge yet to fix the baronmorph health issue... Maybe i have to dig through PB's revenant morph to find some sort of coralation.
As for baron triple fireball: the baron morph now has ammo and you can't spam it endlessly (tho might some tweaking in ammo consumption and fire rate will be done).
As for the repeater the fact it has a kickback is a compensation that is a rapid fire weapon that can be acquired early on. The H.A.R. is more stable but you get it a bit later on.
Still thanks for the feedback now I'll know what to look into

i hope this stuff enter on brutal doom v21b, should be awesome :D

Thanks for doing this! Nice work.

Was very good this one, i can use the weapons of doom 4, but in a future you can add a secondary shot.

did i miss a weapon that didn't had a secondary shot?

Great job so far. I have a few thinks to say though:

1)The double barrel shotgun secondary fire, the dragon's breath, sometimes I just see just fire(which I believe is the normal behavior) but sometimes though it shoots 2 something like grenades projectiles and explode(similar to shotgun's exploding grenade). In that state it doesn't deplete ammunition.

2)The plasma gun secondary fire sometimes it shoots with crazy fire rate something like the Imp's fireball and doesn't deplete ammo either. For the fun I hold the button until finally it started to shoot the normal secondary fire.

3)Most of the times I found more upgrades bots but never the Backpack which doubles the ammo.

All these stuff are from Doom 2+Brutal Doom 20v, I hope you manage to fix them !!!

yes the plasma gun and the SSG has little secrets built into them
SSG Alt fire changes if you have revenant missiles (if do than you fire the little bottle rockets) Currently working on that the 4-bore rounds are replaced with 4-bore incendiary shots These would consume more Revenant ammo but would splat most things easily.
Same goes with plasma gun but instead of revenant missiles it uses mancubus fuel (20/shot)
Upgrade bots replace backpacks entirely. however if you have the starting plasma pistol selected, and than use the upgrade bot you get the ammo backpack
As for the keys, i don't know if the mod tampers with any of the keys °_ ° If so i don't know about it and look into it...
(are you using a custom HUD by chance?)

Thanks for the quick reply,. So these are secrets ???!!!! LOL, well you caught me completely off guard.

It's not a bad idea to make unique alt-fires but my suggestion is to not make exactly the same or similar alt-fires from the original Doom 4. I like the idea of using the Renevant and mancubus ammo to be used other weapons in that way, so why not instead use a special Reload fuction key to select them ? Because not only you cannot use the dragon's breath fire mode until the renevant ammo is depleted but also you cannot see the ammo count.

As for the keys not appearing in the HUD, my bad, they exist.
As for the backpacks my bad again, you wrote that in your description.

Well, I don't know, your choice boss,I still like your mod,when you finally finish it I will properly give you score. Good luck

Hmm i think i make a version of the mod that does not tamper with the alt fires with the revenant/fatso ammo.
honestly i just added them because that two weapons was a bit too clumsy to use (especially the revenant launcher with its only fire when there's something to fire at).
As for the SSG did you check the upgrade no.2? Its basicly a dual shot 4 bore (really really big rounds) slugs. each shot costs you 5 shell ammo. (they seem to be very effective against cacos elementals and revenants but for some reason, fatsos and barons just soak it up)
I honestly not care about scores =x
If there's a discussion about the mod and it helps me tweak it ever so toward a neat-o compilation of carnage that is enough for me

how do i install this?

you just use it with the basic brutal doom v20 pk3

this is quite similar to the Doom 4/2016 Weapons for Brutal Doom test 2 Mod by the creator of the game, but here the guns can now fire there ALT shots (Apart from the pistol that can in both versions) also it gives you a different setup than the other mod when using the give all command aswell, this mod and the other one are perfect for Behind Hellish Lines in my opinion xP (Love this mod to death, and marks one too)