The map was designed by Chris "narby" Auty. Since the map was developed off-contract, essentially as a custom map.The map initially looked very different,using a darker light setting as it was set during the night. Auty received help in textures and modeling from Iikka Keränen, John "PickItUp" Morello and Jacob Jungels.The map was being tested for inclusion in Condition Zero during Q3 of 2003. Despite not being included in Condition Zero, Auty eventually resumed designing the map and did some major changes to the general look going for a much brighter look than in the version he had showcased in 2003.This map was eventually released as a custom map on May 22, 2004.On May 23,he released an update which ended up being the final release of the map. 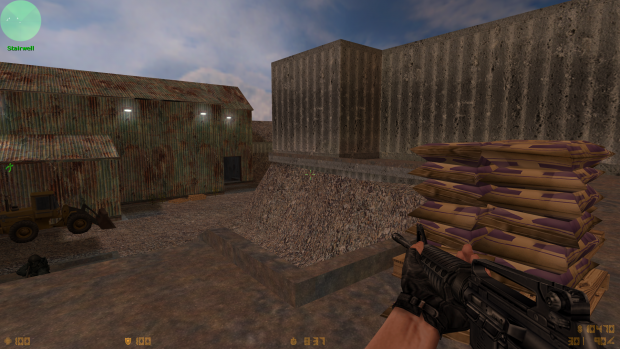