Dantooine was a pleasant world of grasslands, rivers and lakes. The planet was located in the Raioballo sector of the Outer Rim at an endpoint of Myto's Arrow, the other endpoint of which was in the Obtrexta sector, though Dantooine itself was still far removed from most galactic traffic. It hosted a small population spread amongst single-family settlements and small communities with large land holdings. Its sentient population consisted primarily of simple Human farmers, though Dantooine was also home to the primitive Dantari race. Native wildlife included the kath hound, the iriaz, the kinrath, and the graul. The planet had no industrial settlements or advanced technology by the time of the Galactic Civil War, save for a temporary Rebel base there. 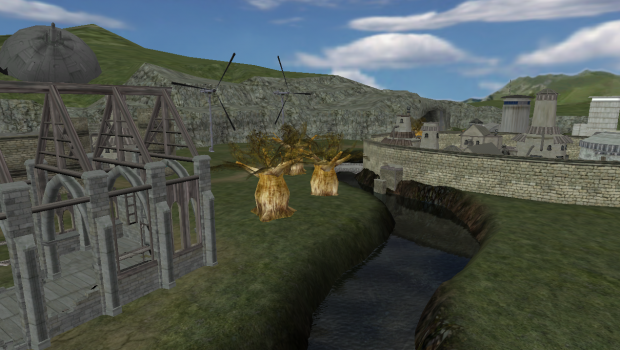 That's a really neat conversion. A few issues which I've noticed are Stormtroopers referring to Ezra as "Kenobi" (of course, it's nothing serious), that small localisation-related bug which I've mentioned with your prior releases ( Media.moddb.com ), plus Embo's jump seems to be really high (enough for him to receive fall damage). Otherwise, I really like the map, and, as a matter of fact, out of all the maps you've ported, this is one of my favourites. I appreciate that you keep delivering us these gems on a regular basis. My biggest dream right now would be to see Coruscant and Bespin from Elite Squadron, but the amount of content we got from you is already really impressive. :)

I love this one so much, it has such a fun layout, the environments are very diverse, with the crystal caves, the futuristic but medieval looking village and the plains of Dantooine between it all. Excellent map!