Generally speaking map is unbalanced and favors the Terrorist team. The Counter-Terrorists have only three routes to reach the hostages. The paths include the route that overlooks the missile and the basement of the silo which branches into two other passageways. Basically, the basement leads to a breakable vent and a small elevator. All these infiltration paths lead to the CTs' demise as the terrorists can simply camp above the higher ground and fire at the CTs. Adding that the hallways in the silo are confusing to remember, the darkness that hampers aiming well, and that the hostages are unable to maneuver efficiently due to the narrow halls, Zoption was not included in later betas. 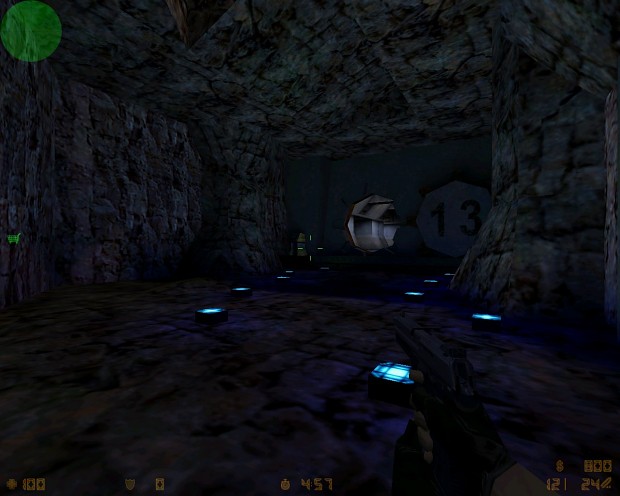