Due to the scampy map design, the terrorists had the major advantage over the counter-terrorists due to the fact that they could camp above the areas where the CTs would enter. There were only two entry points for the CTs as they could only traverse through the sewers or the outside. In that area, the terrorists could easily swarm across above and below thus pining down the CTs with sniper weapons. However, should the Counter-Terrorists somehow prevail this, they could quickly turn the tables, storm through the compound, and surround the Terrorists from many angles. Sometimes, the Terrorists could actually recover and can effectively camp nearby the hostages or the rescue zone and could greatly hamper the CTs from achieving their goal. 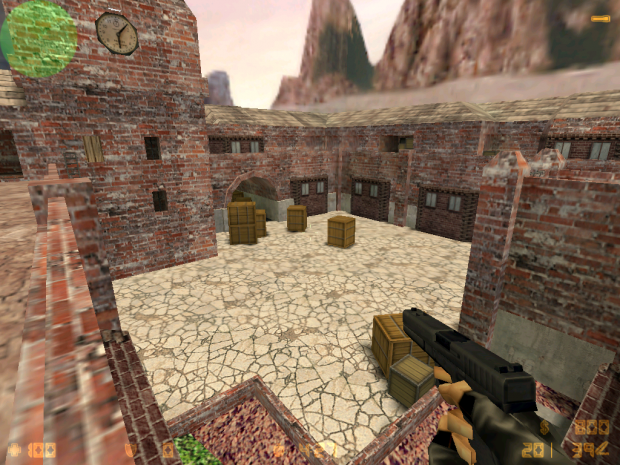