The original Shoothouse map was a tight hostage rescue map designed for smaller LAN games or parties. It was intended for just four or six players. Released as a custom map for the original Counter-Strike in May 2000. When Gearbox Software took over development of Counter-Strike: Condition Zero, a remake of the map was to be featured in the title. What exactly was to be changed in the remake is not known, but released screenshots suggest that at least the textures were going to be updated.The map was not included in the released version of the game. 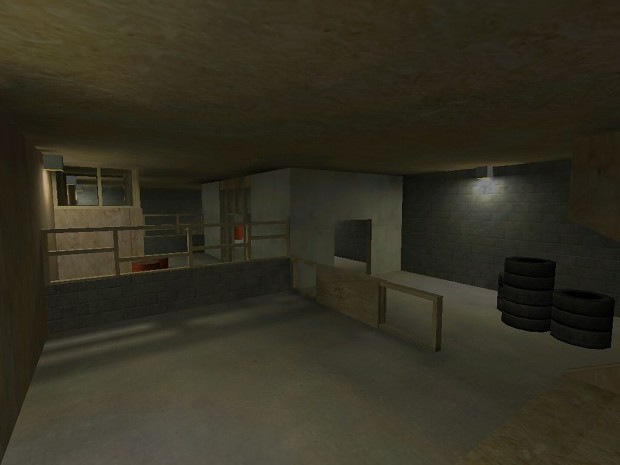