The map had a very short life-span in official rotation as it had its last appearance in beta 5.2. This was due to the map never achieving much popularity and therefore it was removed to make room for future maps. The reason for its lack of popularity might have been due to a few balancing issues. The Terrorists had a major advantage as they could easily camp near the hostages and/or hide behind the doors. Unlike most other maps, these doors require the interaction of a button-automated control panel in which enemies could easily pinpoint targets. Furthermore, if some of the Terrorists weren't found within the compound with the hostages, they have most likely decided to camp above the buildings with sniper weaponry and/or have guarded the hostage rescue zone/CT spawn zone with the presence of a turret-mounted tank. Also, the map layout is often confusing and the explosive fuel barrels next to the hostages can be detonated with no penalties. 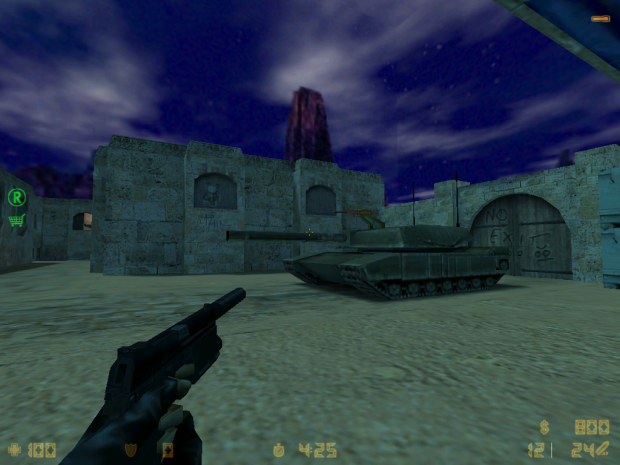