The Docks was one of the most popular hostage rescue maps during its time. The map has several routes for both the Terrorists the Counter-Terrorists to choose from, and it is generally a very balanced map. Its size makes it a good fit for large public servers. The exact reasons for its removal are unknown, though it has been suggested it was a case of wanting to add variety by bringing in new maps in beta 7.0. 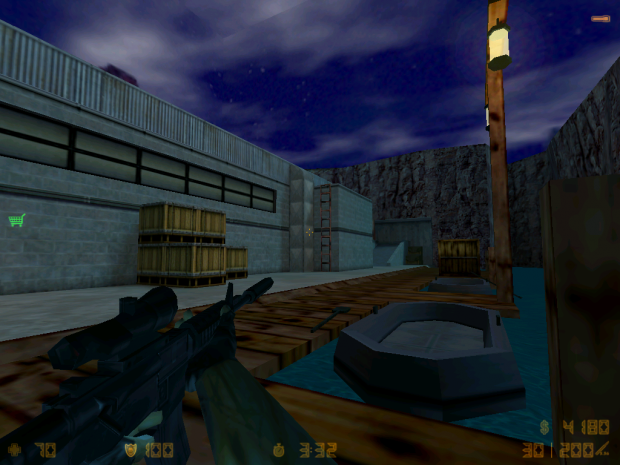