Desert was apparently removed due to the large, open-spaced setting that allowed players to easily kill other enemies with sniper rifles and the multiple camping spots that made it hard for players to see potential snipers from a far distance. Due to this, it is rare to observe a Counter-Terrorist successfully escorting the hostages to the hostage rescue zone. Generally, the Counter-Terrorists can quickly move to the upper sections of the map and pin down the Terrorists. However, the Terrorists are also armed with a heavy mounted machine gun that can prevent the Counter-Terrorists from rescuing the hostages, however because the cliff are climbable, Counter-Terrorists will often sneak behind the machine gunner and silently kill the gunner. Regardless, the integrity of cs_desert is unbalanced for both teams. 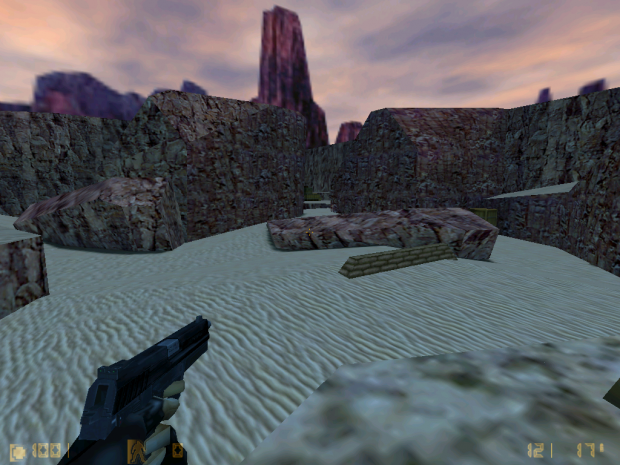