Jason "Paramedic911" Blum wanted to include the updated version of the map in Counter-Strike 1.0. Due to communication problems with the game developers and uncertainty surrounding whether the map would get cut for Counter-Strike 1.0, the updated version of the map was not included.The map would remain in the mod release of version 1.0, but it was not present in the retail release. As the map was eventually cut from the mod release of Counter-Strike in version 1.1 and he never received a clear answer as to why the map was cut as he received "5 different answers . . . depending on who [he] asked".He believed it was due to the FPS problems that the initial release of the map suffered from. 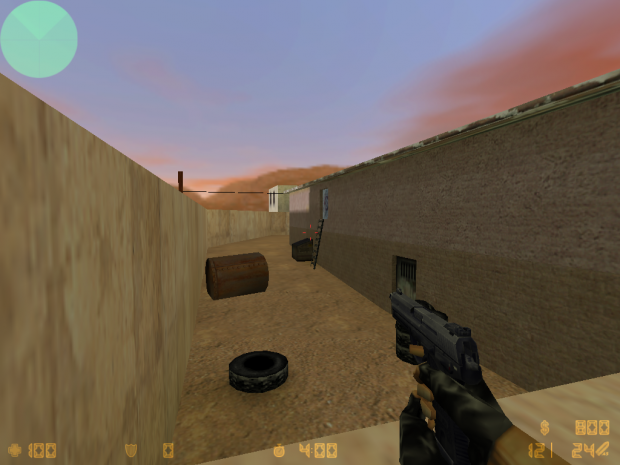