Citadel Station was an immense orbital space station that served as the staging area for the Galactic Republic's Ithorian-led effort to restore the world of Telos IV. During the early stages of the Jedi Civil War, a Sith fleet, under the command of former Republic Admiral Saul Karath and under orders from Darth Malak, devastated the surface of Telos, shattering cities and killing many of the planet's inhabitants. 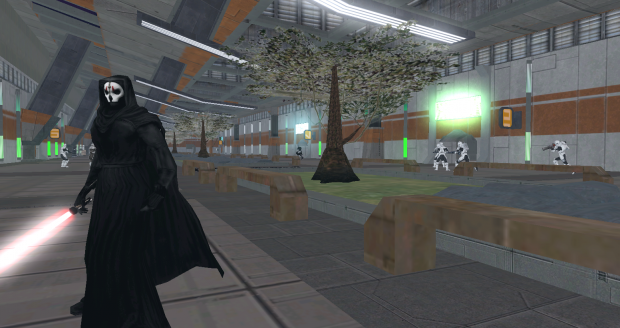 Just gonna say the fact that you can hear kotor 2s theme in the kotor era is pretty amazing :o
Great work Tean <3