Requires Doom Legacy and TUCQ Phase II Beta 2 (not TUCQ beta 3). Known for their obscurity, Since5's Pwads are very, very odd. Levels include but are not limited to, large buildings, city-scape-esque environments, and simple yet outlandish places that nobody can quite determine the basis of. Some recall a billboard sprite based flemoid intended to challenge players, it was the first chex equivalent to Doom's cyberdemon, shoddy as it may have been. His wads are also known to use scripting, and it's evident that he takes every chance he can to use scripting, even if it doesn't quite fit the map. 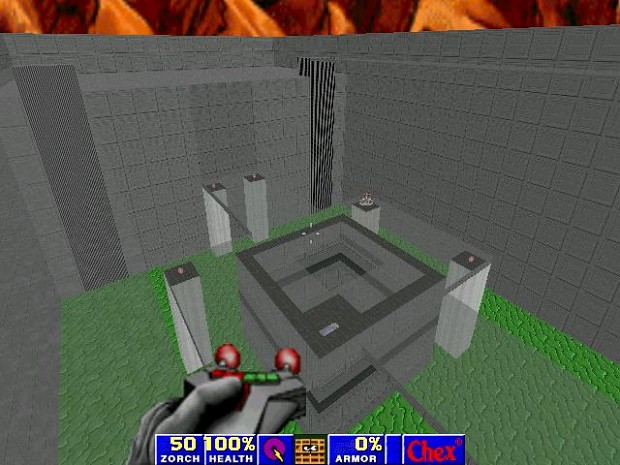