July 17, 2005 15 minutes ago 911 received a call from a man at the L.A. New&Used Auto dealer. He told use that his name was Ron Richard and that several men robbed the dealer and were trying to steel the cars by loading them onto a big truck but then lost connection with Ron after loud screaming and gunfire. from satellite we took pictures of a man on the roof, we could identify him as John Tumble. He is wanted in Connecticut and Maine for 3 cases of Grand theft auto and 10 bank robberies. He is unsafe he has a record of shooting at police so be careful. you mission is as follow. Make entry to the building. Rescue all workers and hostages. Rescue Ron Richard. Arrest all suspects. Bring in John Tumble alive. Bring order to chose. Gear up and move out. 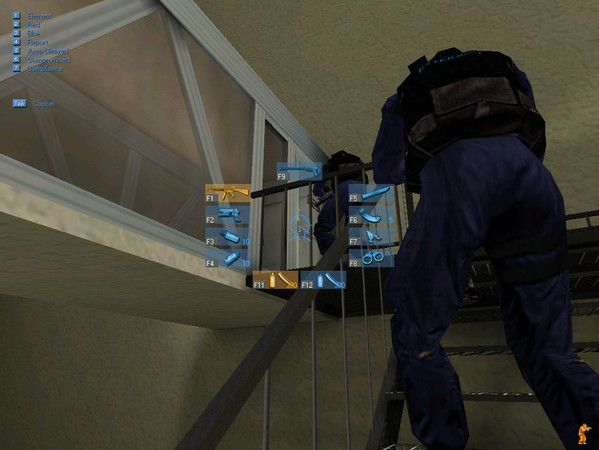