Texture Pack for the game Bloxed, that looks like Minecraft. There were some small edits made to the textures, and much rearranging was done. I used GIMP 2.6 to edit the textures. Note:This is still a WIP. Image and re-texture © ChromeFusion44, 2011 Bloxed © Machimanta, and 7jayth, 2011 Minecraft © Mojang, 2009-2011 Original and raw textures © Mojang, 2009-2011 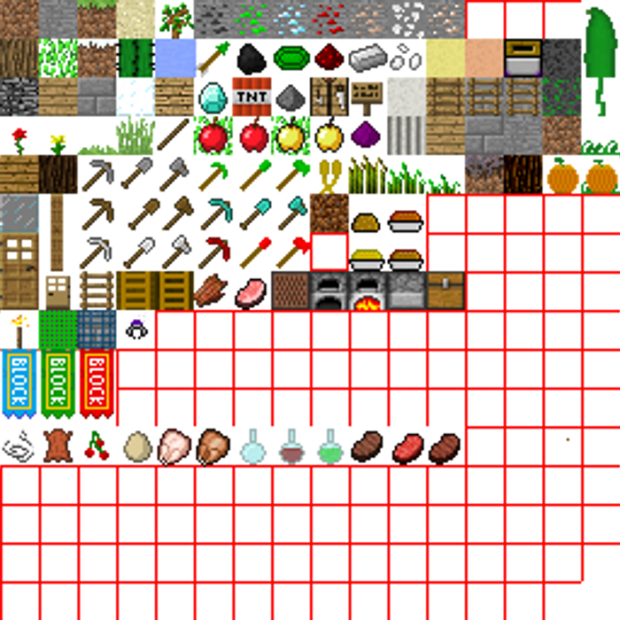