Replaces a the City cop cars with a new buggy kind of a version. BUT BUT BUT, it removes the ability for them to put people into the backseat of a cop car so when npc's are arrested they just kinda stand around until the guy tries to run and they kill him. Maybe you would prefer that, up to you random internet guy/girl/tri-gender shark. 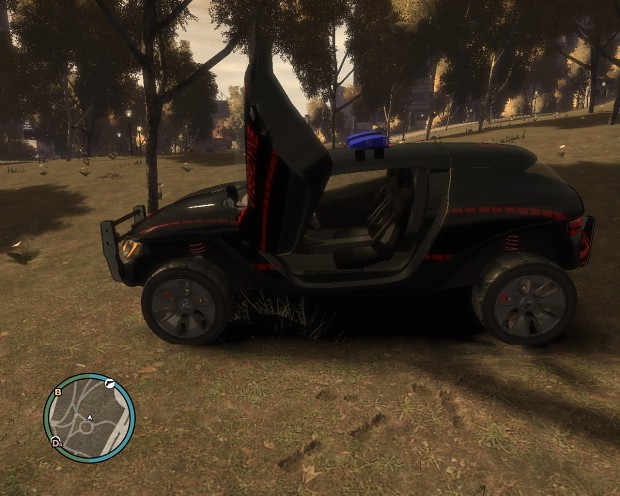 Sorry if I missed your gender, turns out there is a lot of them.