The British Aircraft Corporation TSR-2 was a cancelled Cold War strike and reconnaissance aircraft developed by the British Aircraft Corporation (BAC) for the Royal Air Force (RAF) in the late 1950s and early 1960s. The TSR-2 was designed to penetrate a well-defended forward battle area at low altitudes and very high speeds, and then attack high-value targets in the rear with nuclear or conventional weapons. 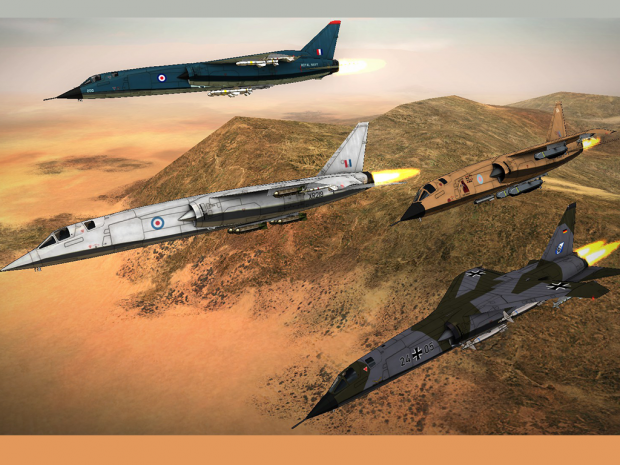 BTW, where did you get those cruise missiles from? The Assault Horizon SCALP-EG/Storm Shadow are great but are always in deployed state, those look different.

Stratos 4 skins soon? I could actually make themselves though, albeit lack of weathering.

Blackjacksix1 has updated some configuration files to fix a minor issue with clipping.