The map was very unbalanced due to the long and open environment of the map and large amounts of sniper outposts. The VIP can easily be taken down by snipers from the opposite side of the path, unless a few Counter-Terrorists were wielding the tactical shield or using their own combinations of sniper weaponry. Furthermore, there were many areas in which the Terrorists could surround the Counter-Terrorists from the front, back, sides, and even above that would lead to the demise of the VIP. The only way for the CTs to prevent this is to throw a flashbang or a smoke grenade and rush to kill any stunned terrorists. Even then, the terrorists could quickly recover and launch a counterattack.Due to these unbalanced statistics of the map, Riverside was removed in from the retail version of Counter-Strike. 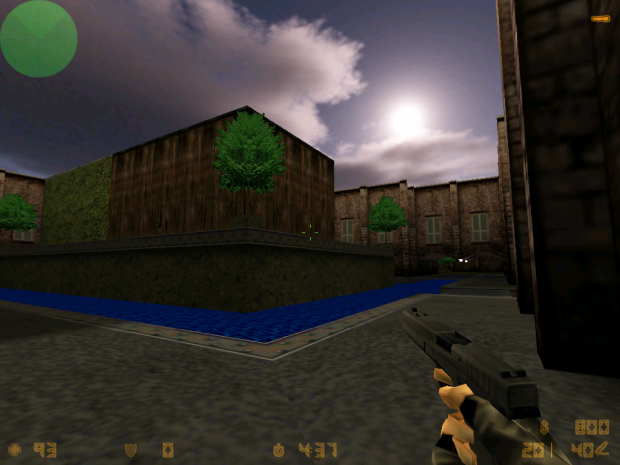