This map is generally unbalanced since the terrorists spawn very close to the VIP escape zone. Furthermore, they will have the upper hand as they can camp near the zone with snipers and arrange a small team to hunt the VIP through the elevator or the penthouse windows with the presence of a steel rope (that serves as a ladder). This enables the terrorists to easily surround the CT team and assassinate the VIP. Should that terrorist team fail however, the CTs can now overwhelm the remaining terrorists (if they have survived) and storm with an assault. Similar to Forest, snipers from both teams can easily pin players down due to that many areas of the map feature common camping areas and long sections in the map. Due to this, the map was eventually removed. 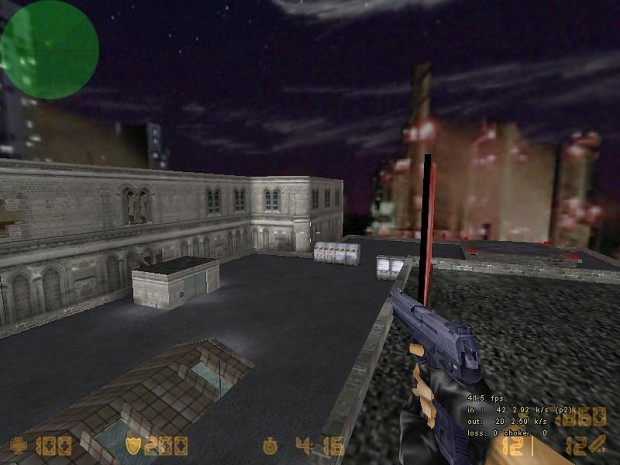