Whether the map was originally designed by Gearbox Software or Ritual Entertainment is not known. Judging by the fact that it doesn't use the updated Condition Zero Dust desert textures, it was likely started at an early point in development (possibly indicating Gearbox Software as the designer). Whichever the case, Ritual Entertainment had plans to release the map for both Counter-Strike (Xbox) and Counter-Strike: Condition Zero. 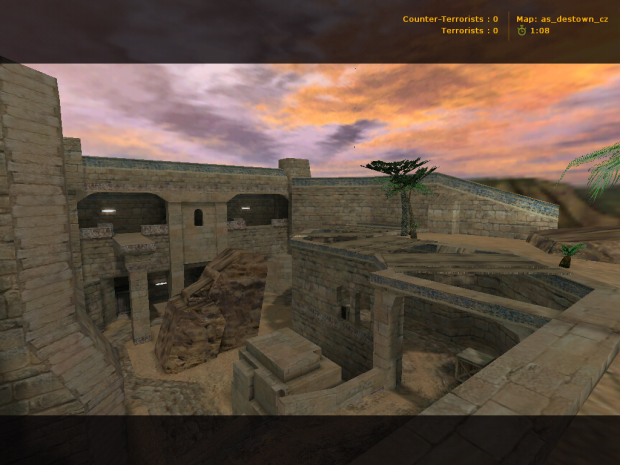