"1. AI unit composition
Veteran, Elite to Heroic T3 and T4 units would be swarming from all directions and running you down crazily. R17 tripods, purifiers, juggernauts, spectres, devastators and PACs are the main forces of AI. AI also spawn free Elite/Heroic advanced double A units when you got too many air power. AI teleport hawks to bomb your ref when you got too many harvs. The Scrin AI itself would also build normal units, including gunwalkers, disints, later tripods ships etc.

2. AI structures
AI has well built infrastructure into a fortified base. The base is covered with multilayered lightning columns and obelisks. It will be hard for players to attack those defences if not using warships, because the hostile ground and columns threaten other forces. AI has several starting production structures like airfields with hawks. If you destroy them, AI will spawn free Scrin AA towers again and again, and gain additional production structures as well as lot of overloaded heroic epic units.

3. Choices of factions
Since it is vs AI, Scrin and T59 are for sure the best option you can expect. Lame hexa and warship can prevent unnecessary losses of staying on ground. ZOCOM is best option among GDI, as they have superior air advantage, which would grant them better chances to fend off T3 units. Nod and MoK is also quite good for having stealth generator, spectre and venoms. However Nod/MoK/ZOCOM are only good at defending and surviving on this map. To make effective offense, it is still recommended to use T59/Scrin.

4. Choices of units/structures
Nod faction: Stealth generators, Spectres, advanced AA, and Venoms. Some Avatars and Redeemer are good as well.
Scrin faction: Warships, PACs, Mothership, advanced AA. Hexa/mastermind is quite good too.
GDI faction: Inf loaded Hammerheads, 16+ hawks, advanced AA. MARV is good too if you can survive long enough.
Any faction shall establish no more than 2 harv eco before advanced AA is prepared. If you are ready for AI's hawks, build 3rd or more harvs. Any faction should go fast tech to ensure survival, and it would be better if Nod teammate stealth your base, as AI's artillery will arrive very early. Any factions shall not get more than 9 aircrafts before you are fully prepared for AI's heroic Slingshots and Mantis. Notices that Scrin PAC is considered as 10 units, not 1.
Notice that T3 walker units are not necessary. AI will send lots of advanced walker units to attack your base. If you need them as your ground force, just kill them with the referred units above and claim the husks.

5. How to beat it
Beating it in the normal formula of building up eco and units then gradually taking control of the map is nearly impossible. Nevrose arranged too many units spawning repeatedly free of cost for AI. AI's production structure and AA towers would also respawn again and again once destroyed, and it has unlimited money. Even though it is a 5v1 map, in most cases if 5 players play orthodoxically they would inevitably fail.

Best way to beat this map is T59 warship/prodigy/mothership rush from either left top or right top corner locations, under the cover of your allies. Using warships to slaughter all columns and pave the way for mothership, then sneak the mothership into enemy's base and catalyst them. Due to a flaw of nevrose's script, AI does not seem to recognize it as a "noob aircraft" when you attack with mothership. After you mothershiped AI's base, it will start spawning production structures. Use prodigy and wormhole engineers to capture them, but don't sell till you capture all of them otherwise they will spawn again. Then sell them all." LordFlameheart 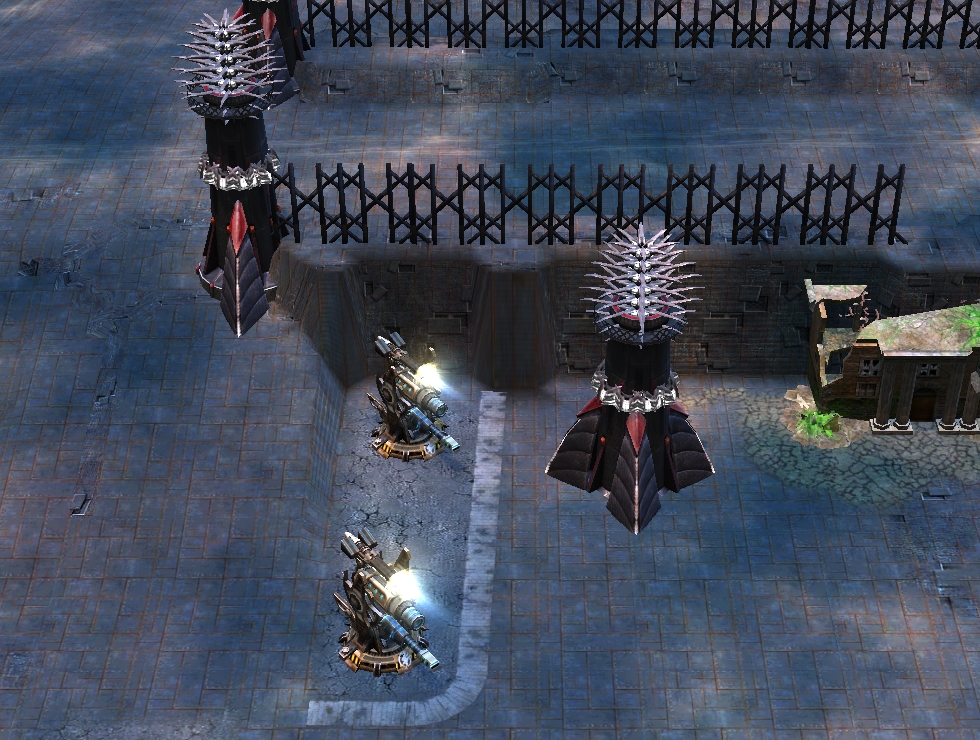 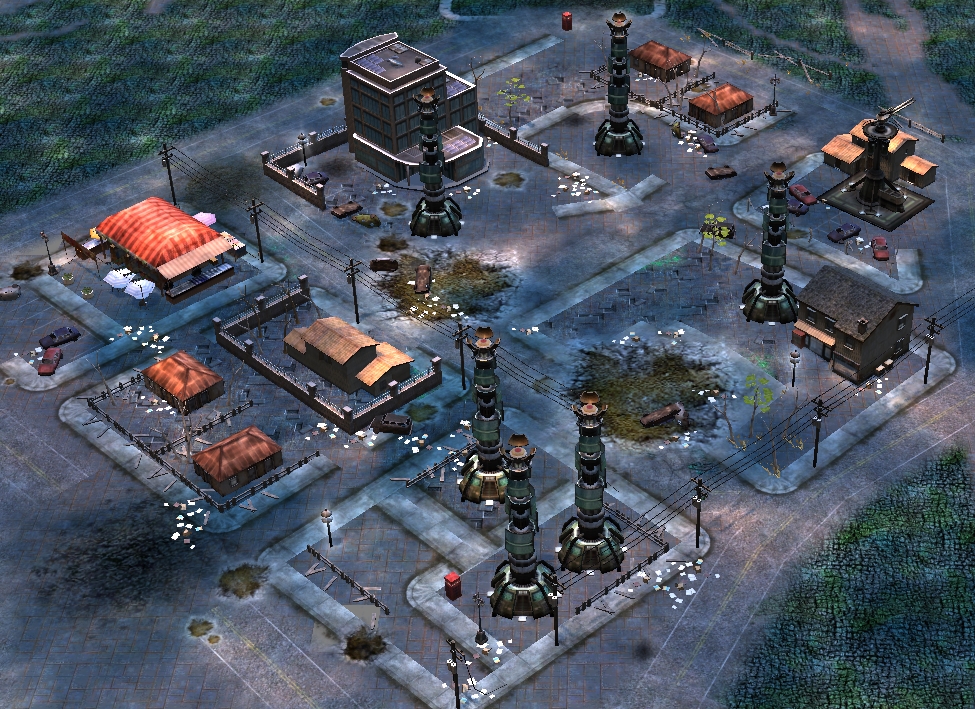 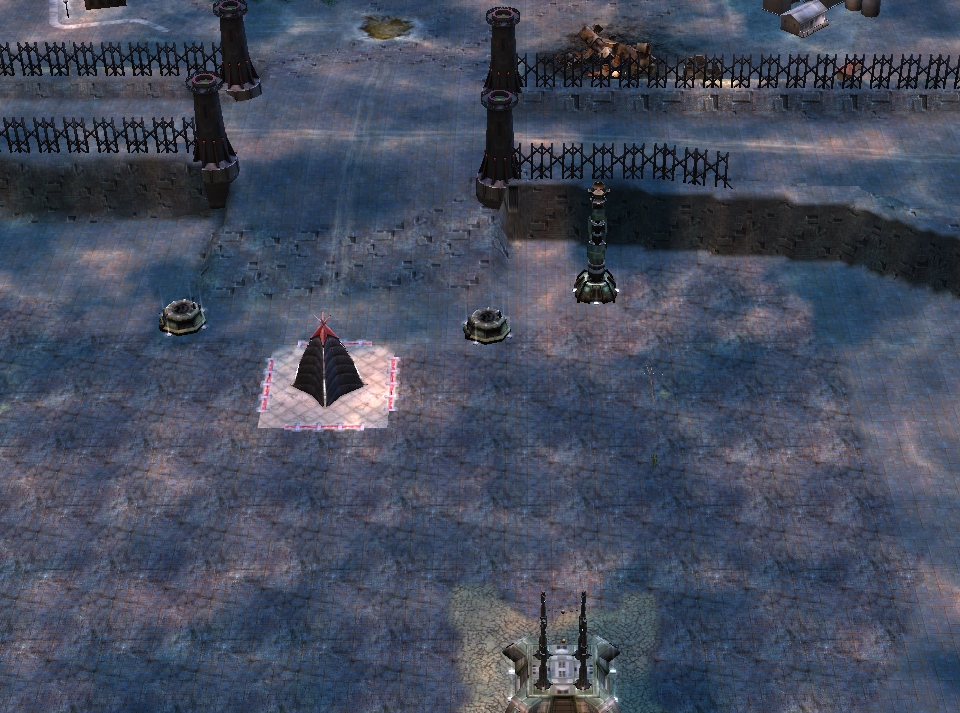 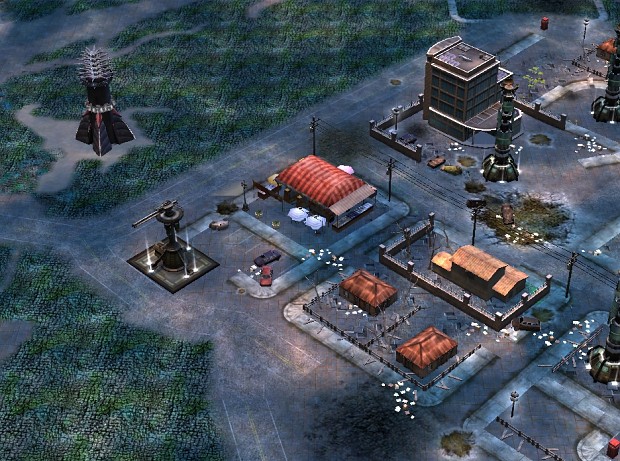 It looks nice. I think I should install the game back. lol